Wolfnimations is Wolfer Freijsen,
a storyteller experimenting with atmosphere through different visual styles.

Whether through a solo production or working in a team, Wolfer always enjoys adding his creativity and ideas to bring projects to their full potential.

No matter 3D, 2D, mixed media, UX/UI design, style development, teaching or giving feedback on projects and stories, Wolfer always enjoys working on creative projects and helping out where he can.

Or meet him at a local animation festival in the Netherlands (he'll be there).

Previous problems there were, like the size on mobile devices and some elements not working properly on different browsers had to be solved with the new site.

I also wanted to make the main page, work page and about page into one page to make it feel more slick.

For the design I let myself be inspired by web apps and how things transition over into each other in those environments.

The quick blocking for the places. 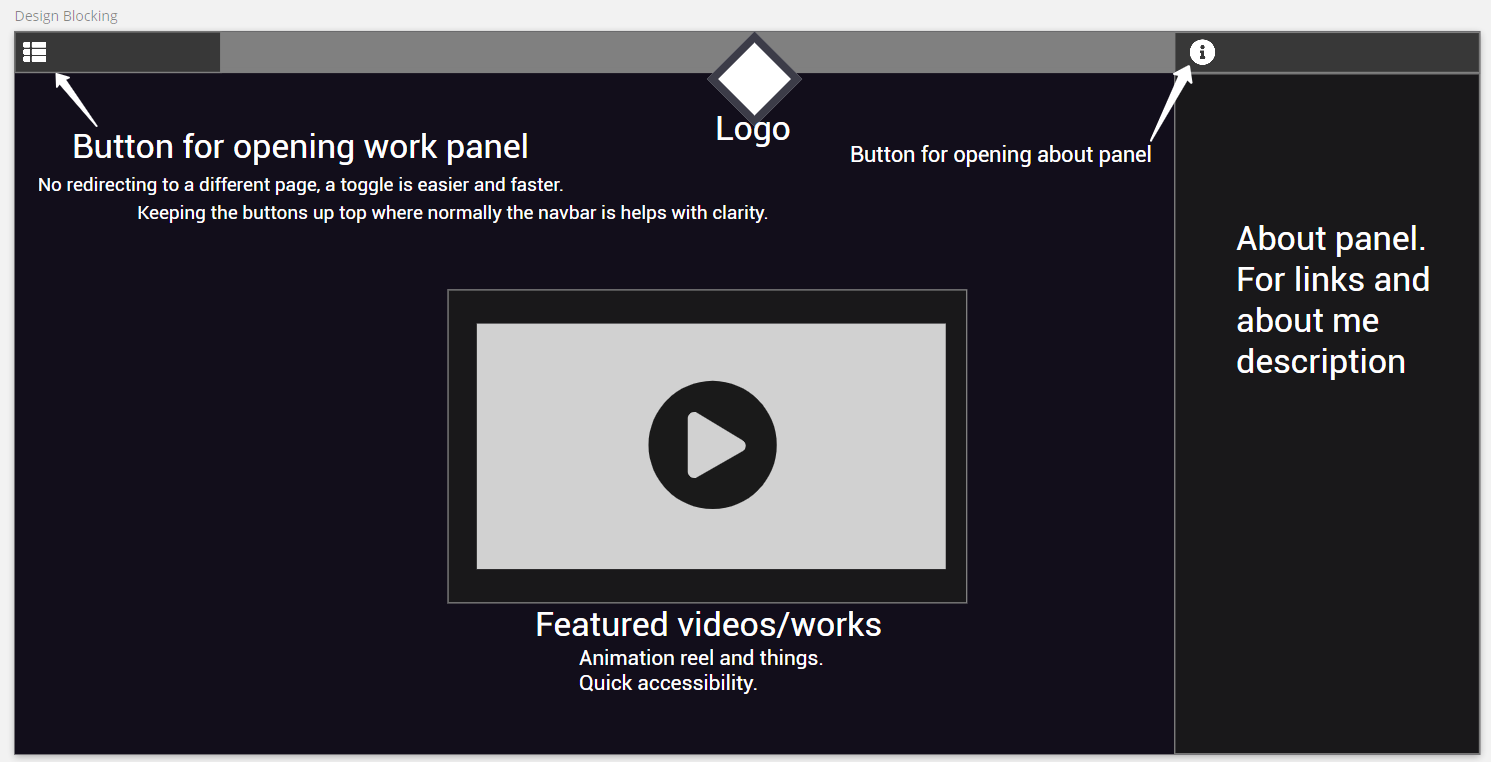 The design was to have the major buttons on the top bar. Opening the work panel and about me panel happens from there.

You can also open the work panel by pressing space as an ease of use.

For the promoted videos/works I decided to add tabs so there could be multiple promoted works on the main page. Since I wanted to preserve older animation reels and have them still be easily accessible.

The work panel was going to keep having the panels from the old site, but this time the 3D effect was re-written to work better on different browsers. 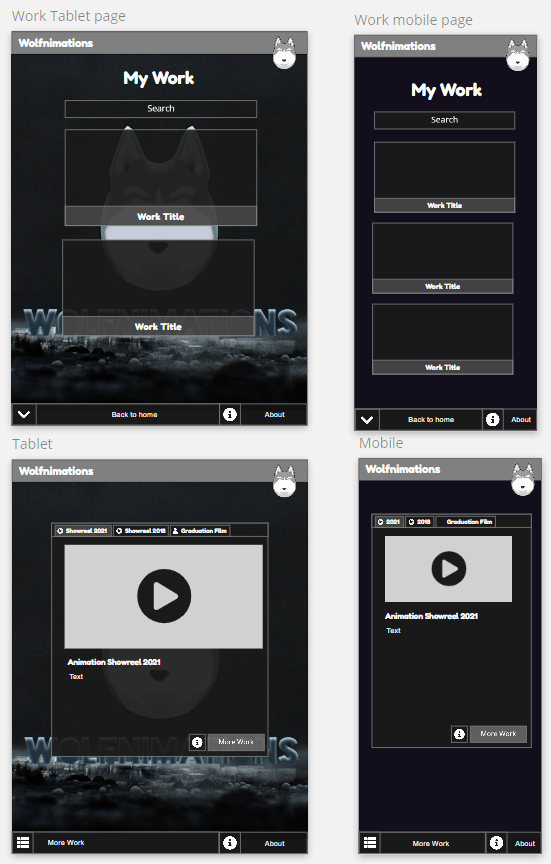 Mobile support was very important to get right, as in the previous site it sometimes did not work properly.

It was set up with different resolutions and aspect rations in mind. If the screen becomes tablet size the top bar moves to the bottom to mimic apps that have their different buttons on the bottom. Which is to make the buttons more accessible for touchscreen devices since it’s easier to press them from the palm of your hand.